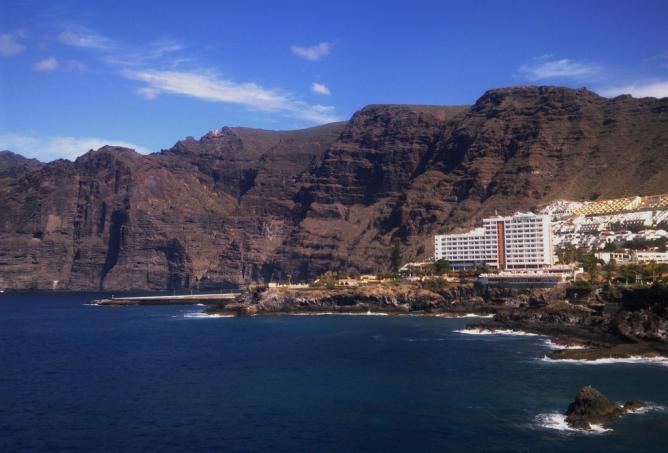 Top destinations in Tenerife and Spain and the local weather? The Malizia Show at Piramide de Arona is a great live performance that will captivate attention of both adults and children alike. The Malizia Show presents an incredible blend of traditional Hispanic cultures, and offers a mixture of flamenco opera and dance performance which is powerful and thought provoking. You do not need to speak Spanish in order to understand, as the language of body movements is conveyed perfectly without words. The visual interpretation of the storyline is easily followed on the stage thanks to the hard work and skilled passion of artists, which is visible through their excellent performance. The Malizia Show is not only the best show in Tenerife island, it is undoubtedly one of the most unique performances in the world.

Stargazing in Teide National Park is one of the best free things to do in Tenerife. 83 of the 88 officially recognised constellations can be seen from the park. You can go it alone or hire an astronomer to explain the constellations – our guide, José from Star Excursions, was so entertaining and he even arranged for the space station to pass by during our talk (ha). I learned that due to its lack of light pollution around the island’s volcanic peaks, Tenerife is one of the best places in the world for stargazing. In order to protect its status, it’s actually illegal to fly through Tenerife’s airspace between sunset and sunrise. If you’re looking for romantic things to do for couples in Tenerife, just look up!

Mount Teide National Park is a World Heritage Site and home to Mount Teide, a volcano and the highest mountain peak in Spain at 3718m above sea level. You can hike or take a cable car to the base of the final cone summit, where you will enjoy the breathtaking views of Tenerife, Gran Canaria and La Palma. If you want to head to the top of the summit you will need to get a permit in advance. The Teide Observatory is on Mount Teide at an altitude of 2400m above sea level. It is the world’s largest solar observatory and has an ideal location to observe the sun or night sky. Guided tours of the observatory are available. Discover more info on Weather Guide.

A visit to Garachico is like going back in time: this small town has a rather dark history, being destroyed 2 times by volcanic eruptions. Walk on its narrow streets, eat a great ice cream on the sea shore and swim in the rocky pools during those hot summer days. El Drago or the Dragon Tree is the island’s most popular tree. The best view is the one from the town square, so there’s no need to pay to see it up close. If you want more ideas for a holiday that doesn’t break the budget, read our article about free things to do in Tenerife. The town of San Cristobal de la Laguna is a UNESCO World Heritage Site and it deserves at least a few hours to walk around and see the beautiful buildings. If you’re with the kids you may want to visit the Museum of Science and the Cosmos and why not also the Museum of History and Anthropology.

Holidays to Tenerife have been popular amongst us Brits for decades but not everyone who visits the island strays from its beaten path and experiences life beyond the resorts. I visited on a press trip with Jet2.com and Visit Tenerife to explore the lesser-known parts of the destination recently and discovered all of the fun, unique things to do in Tenerife. Over the course of our three day stay in Tenerife, I learned so much about the holiday destination. Did you know there are around 300 volcanoes there? Yeah, neither did I! Read extra info on https://tenerifeforum.site/.